The Android performance list has seen an increasing number of Snapdragon 8 Gen 2 flagship phones, while the iOS list continues to rank pretty much the same as last month. This list is unlikely to change significantly until at least March when the new iPad Air is released.

It should be noted that figures in this ranking list were calculated from December 1 to December 31, 2022. The results in the ranking list are average scores instead of the highest scores. The model configurations listed are the ones that received the most running score results for each model. 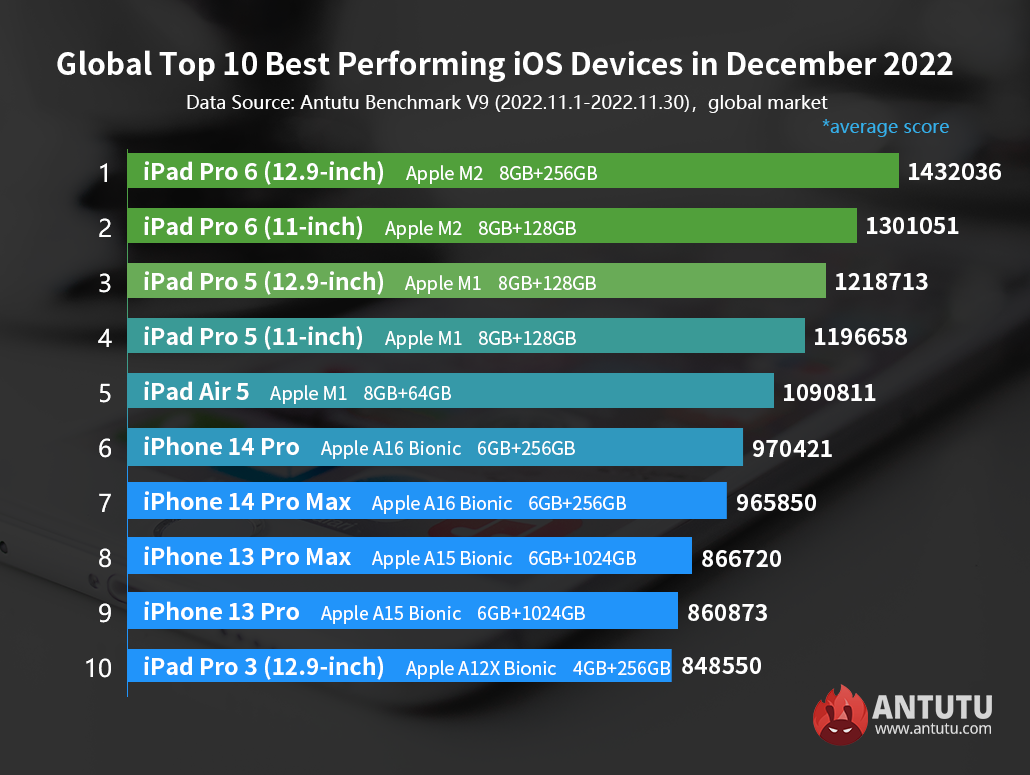 In third and fourth place on the list are the iPad Pro 5, which was released last year, and both of which don't differ much from the iPad Pro 6 series in terms of configuration and experience. In fact the earlier released iPad Pro 5 is the better value for money.

That's all for the iOS Performance list in December 2022. Wish you a wonderful holiday season and a happy New Year!