February has passed in a flash. This month can be said to be the outbreak period of gaming phones in the Chinese market, several well-known gaming phone brands have released new flagships, the performance and running scores of the phones have been pushed to a new level.

It should be noted that figures in this ranking list were calculated from February 1 to February 28, 2022. The results in the ranking list are average scores instead of the highest scores, and thus more representative. The scores in the list are mainly based on Antutu V9 and cannot be compared with the results of the previous versions. 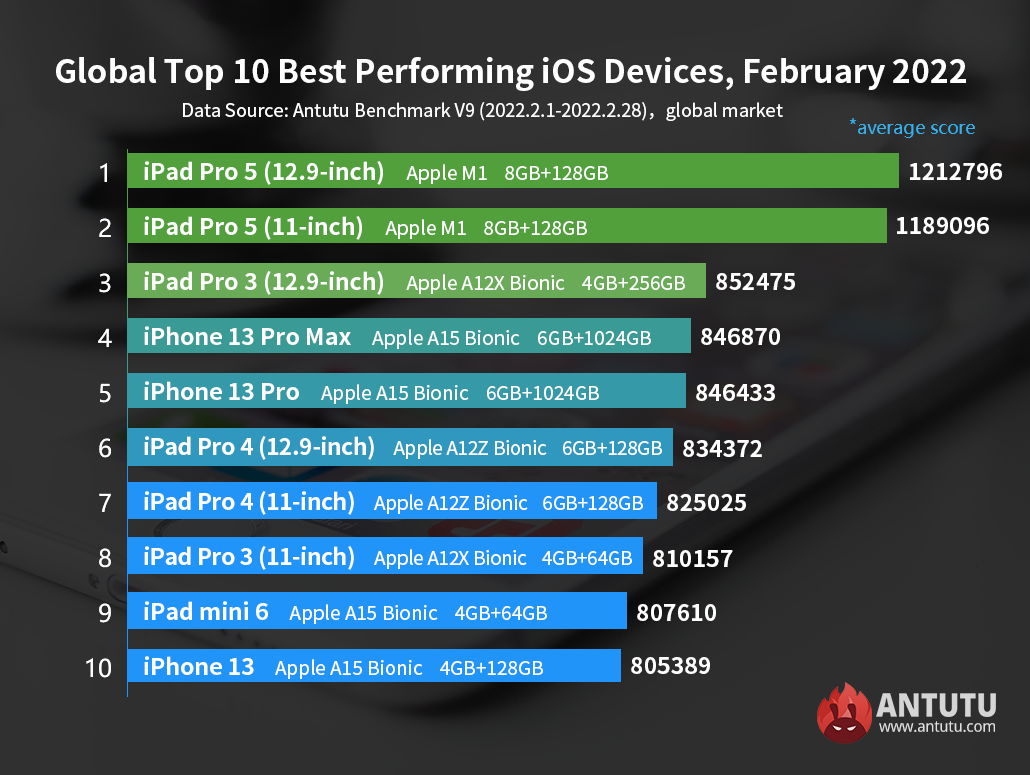 The two iPad Pro5 tablets equipped with the M1 chip are still at the top of the list with average running scores of more than 1.1 million points. These two devices were released in April 2021 and have consistently topped the iOS performance list since their release. Will Apple update these two devices at the upcoming spring event? Will the M1 chip be upgraded? How will the new iPad Pro product line improve? Let's wait for Apple to announce it at the event.

The iPad Pro 3 (12.9-inch) equipped with the A12X chip is still in third place. TSMC's 7nm technology coupled with the high smoothness of iPad OS makes this tablet still competitive in the market, and the average running score of 852,475 points is good proof of that.

Since Apple has no new products released yet, the ranking and the average running score of each device are roughly the same as they were in January. What surprises will Apple bring at this year's spring event? Let's wait and see.

That's all for the iOS Performance list in February 2022.