With the release of iPad mini 2019 in March, how Antutu performance ranking list for iOS devices has changed? Today Antutu reveals our list of the global top 10 best performing iOS devices for March 2019. Come and check with us. 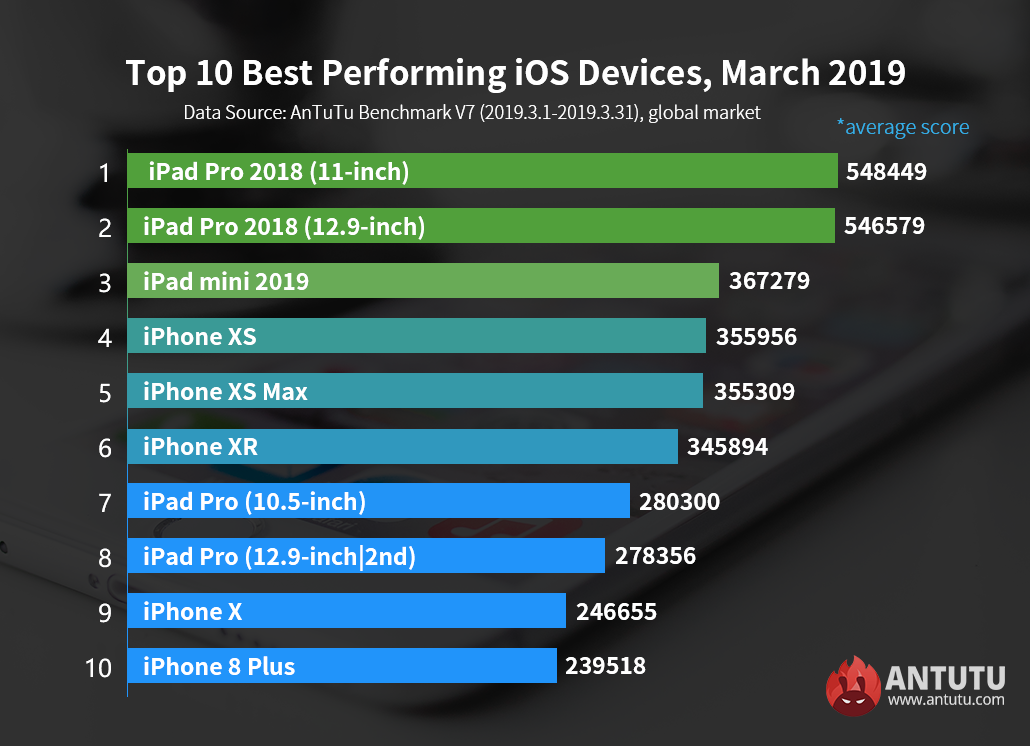 Both iPads are powered by the A12X Bionic chipset which is built on a 7nm process and has an eight-core CPU, a seven-core GPU, and a state-of-the-art Neural Engine that can perform up to 5 trillion operations per second. Moreover, the A12X Bionic has 10 billion transistors that allows it to outperform its predecessor with significant advantage.

The recently announced iPad mini 2019 powered by the same A12 Bionic chipset as iPhone ranked third with an average Antutu score of 367,279 points.

The last two spots are occupied by the A11 Bionic-powered iPhone X and iPhone 8 Plus that gained an average Antutu score of 246,655 and 239,518 points respectively. iPhone 8 doesn’t make the list this month.

In general, there are some changes in the rankings of iOS devices in March due to iPad mini 2019 entering the list, but the overall ranking order doesn’t show much fluctuation and is expected to remain stable in the coming months until the arrival of the next generation of iOS devices.