Today Antutu reveals our list of the global top 10 best performing Android phones for January 2019. What are the best Android phones on the mobile market right now? Check out our most updated January ranking as measured by the average Antutu score. 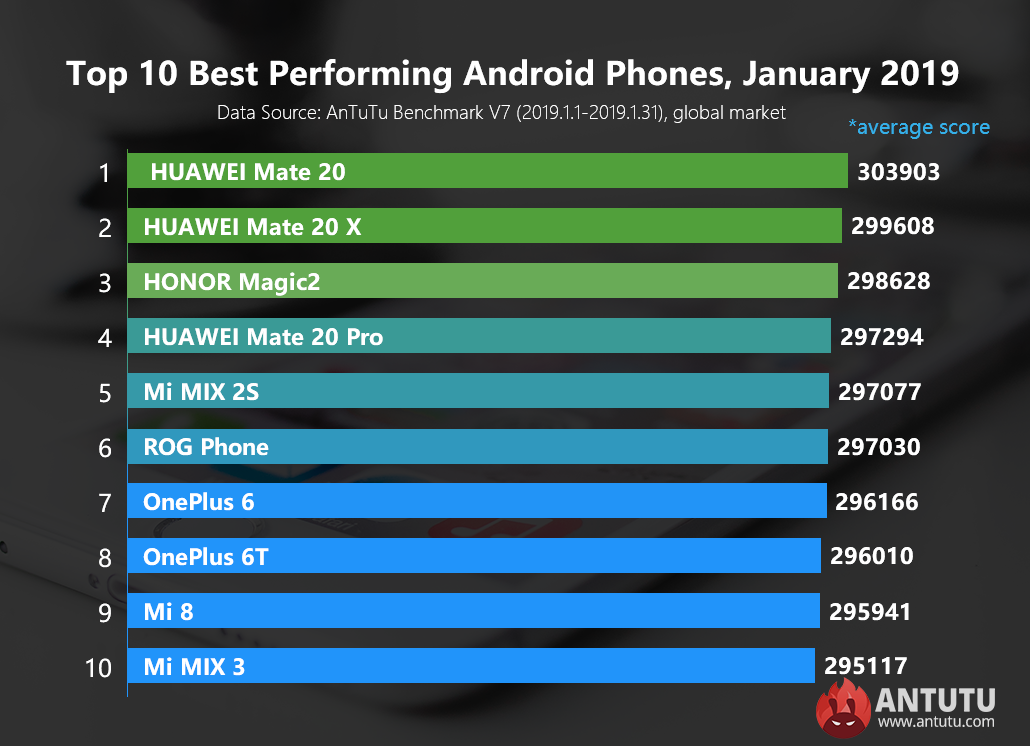 We analyzed the scores in Antutu database and found that for the above four Huawei models there were many scores derived from smartphones that didn’t turn on performance mode, which to some extent led to lower average score.

The above data reflects the changes of Android phone performance for January 2019. For more information about the ranking list, please visit Antutu official website or download AnTuTu Benchmark and check in the menu of “Ranking”.