Today Antutu reveals our list of the globaltop 10 best performing Android phones for December 2018. What are the best Androidphones on the market right now? Check out our most updated December ranking asmeasured by the average Antutu score. 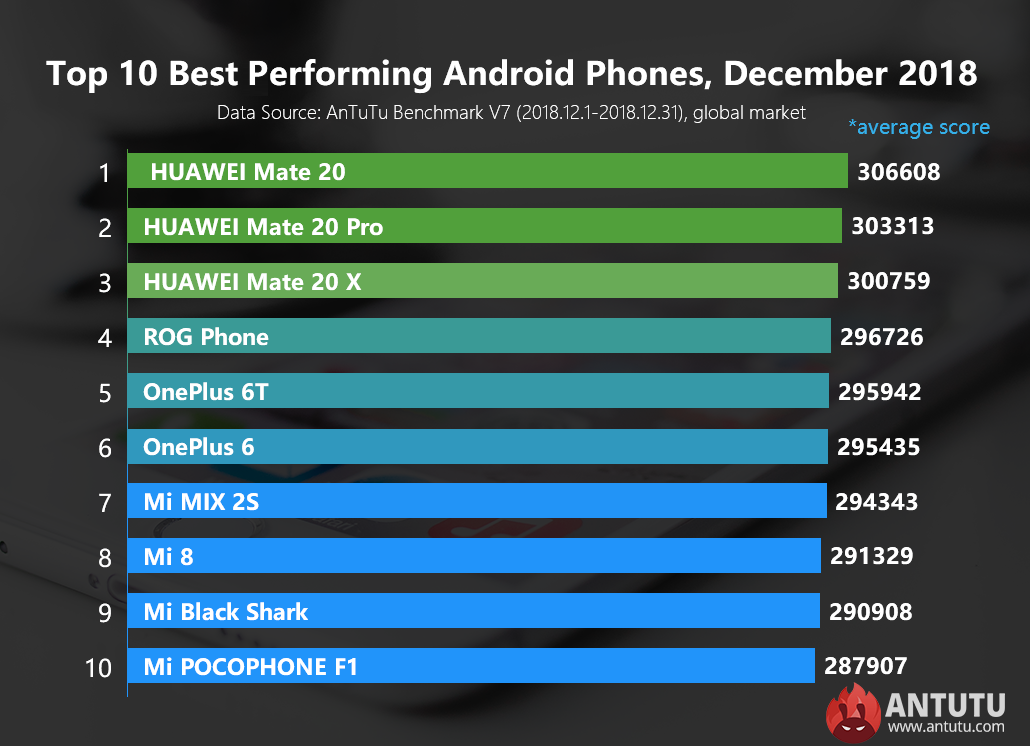 Since all these models share the same Snapdragon845 processor and all have flagship-level storage configuration, the scoredifference between them is marginal. In particular, the fourth-ranked ROG PHONEdelivers the best performance among all the Snapdragon 845-powered smartphonesas it is powered by a speed-binned Snapdragon 845.

The above data reflects the changes ofAndroid phone performance for December, 2018. For more information aboutthe ranking list, please visit Antutu official website or download AnTuTuBenchmark and check in the menu of “Ranking”.