There has been a subtle change in the ranking of Julycompared to last month. The Exynos 9810-powered Galaxy S9+ broke into the Top10 again, overtaking the Snapdragon 845-powered Galaxy S9 to occupy the last spot. 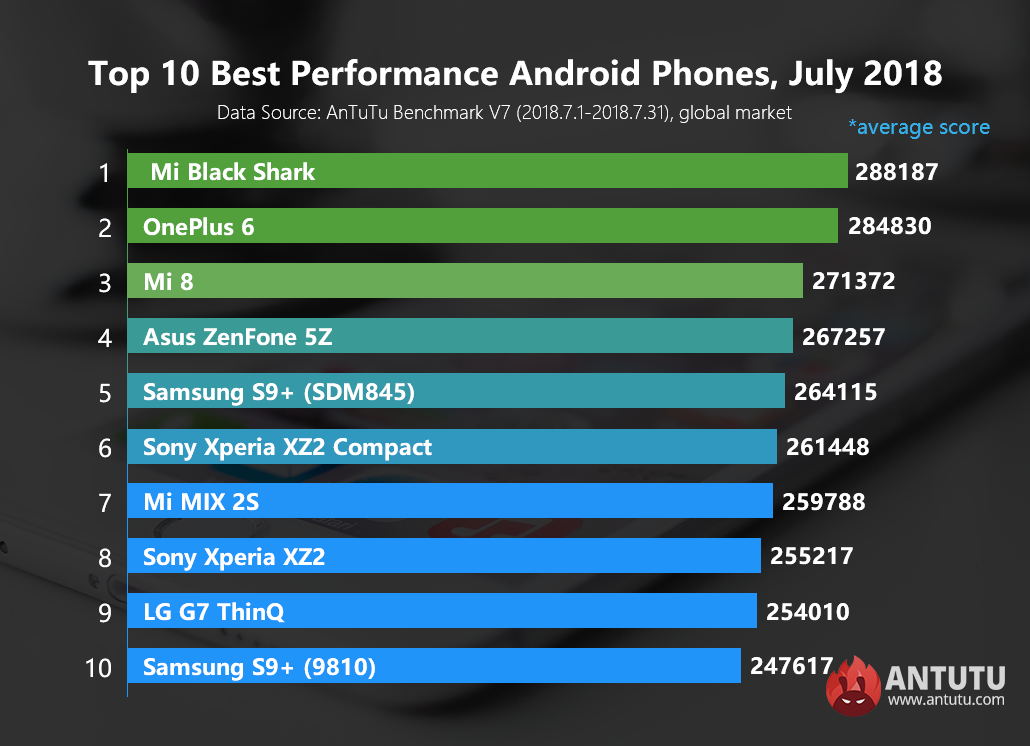 In particular, the single highest score of Xiaomi 8 reportedto Antutu database has broken the 300,000 mark, of which the number isincreasing. It should be noted that all these scores came from the developingmodels of Xiaomi 8. In the future when the stable version receives the new firmwareupdate, the ranking of Xiaomi 8 is expected to increase.

With regard to other Snapdragon 845-powered devices, includingOPPO Find X and vivo NEX flagship, since they are not yet available in theglobal market and their scores reported to Antutu database didn’t reach ourstatistical requirement, they are not included in this month’s Top 10 rankinglist despite their high Antutu scores.