Many new smartphones emerged in the market in April, like Huawei P9, Meizu Pro 6 ,LeEco Le 2 and etc.，which means it is necessary to update Antutu chip performance ranking this month. How this Antutu Chip Performance TOP 10 Changed? Come and check with us now.

PS: Scores in the reports are all average score not the highest. It is normal that the scores are fluctuate around the averages. 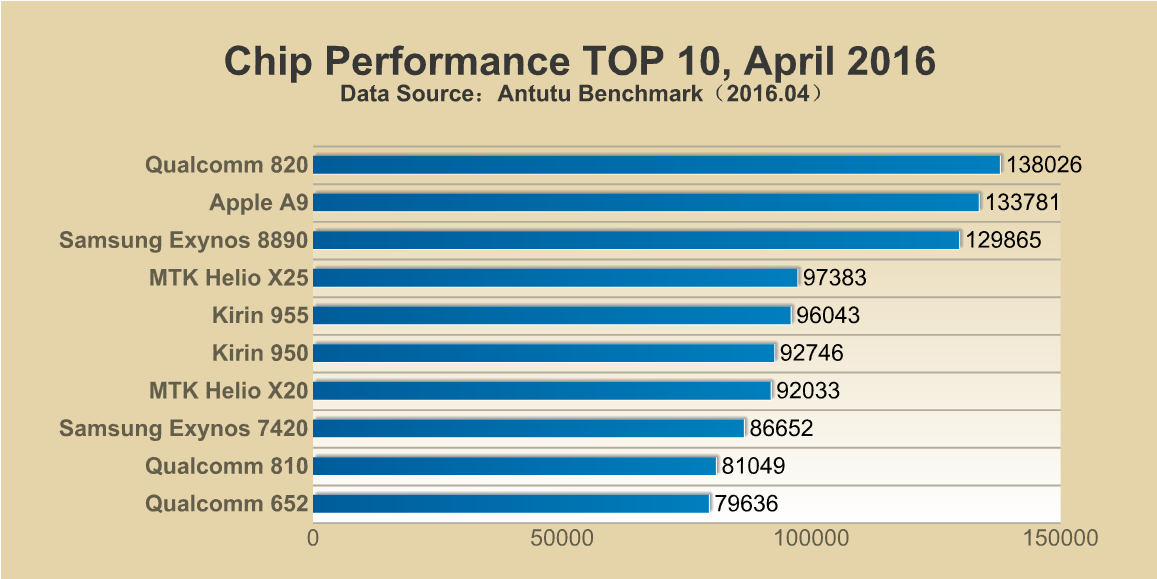 The new released Helio X20 an Helio X25 caught our eyes for their performance.

With the development of industry, requirements for GPU performance are increasing. GPU performance is becoming more and more important element when users picking their new phone. The smooth of system and game experience so rely on the GPU. Snapdragon 820(Adreno530) is the top one in this field, followed by Apple A9(PowerVR GT7600) and Exynos 8890(Mali-T880 MP12).

Helio X20 and Helio X25 perform well but they are not good at GPU, with the score below 17000, which could not be listed in the top 10. To balance power consumption, the actual performance of Kirin 955 is lower than 950, not listed in this TOP 10 either. 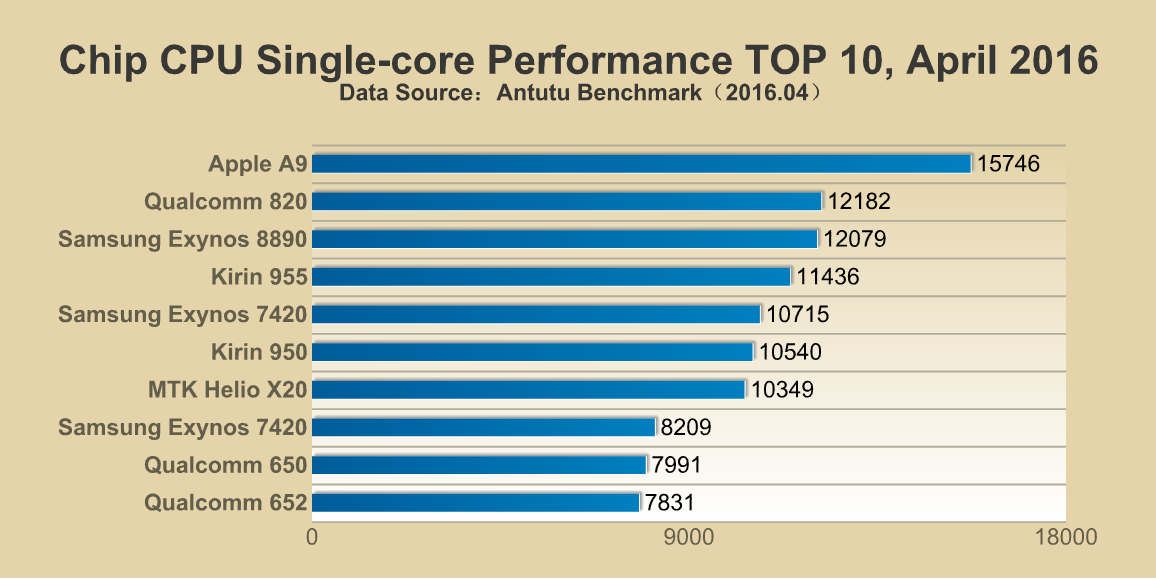 In the CPU single-core performance, Apple A9, with no doubt, defeats all the competitor. Snapdragon 820 and Samsung Exynos 8890 deliver almost the same score in this part. 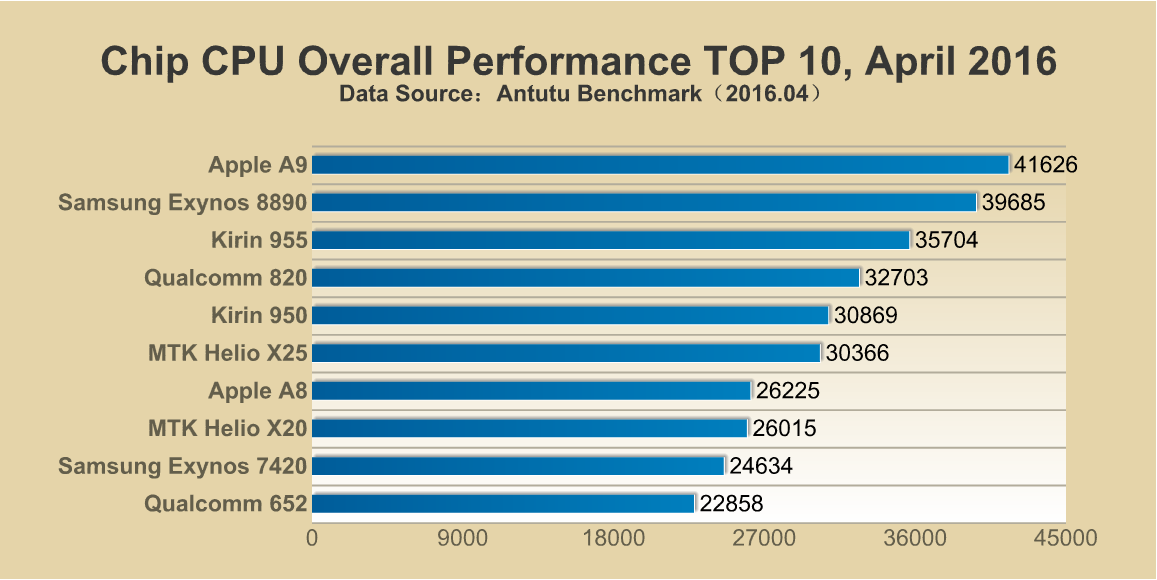 In terms of CPU performance, the score of 4 cores snapdragon 820 is lower than 8 cores, which is understandable. Although HelioX25 and X20 are 10-cores designed, due to their two A72, the overall performance are not as good as others .

According Antutu data, till April 2016, Qualcomm Snapdragon 820 is still the leader of overall chip performance. Apple A9 delivered great performance in many ways. As a senior chip maker, Samsung with its Exynos, followed behind Apple quite closely. Heilo X25 and Heilo X20, although have more cores, still have a gap with the top ones.So with Kirin 955 and 950, still have much room to improve themselves.