Through hundreds of days of unremitting efforts, the iOS version of Antutu Benchmark V7 is finally ready for you now. Like the Android version which has been released a few months ago, we have redesigned the app with a number of new practical features, fresher UI design and new 3D test scenes to offer our users more convenient and accurate benchmarking experience.

Compared to v6, the layout of the v7 iOS version has been simplified to improve the usability of the product. All the tests are presented in a single screen which allow users to easily find the particular test which they prefer to run with no need to scroll down the screen. 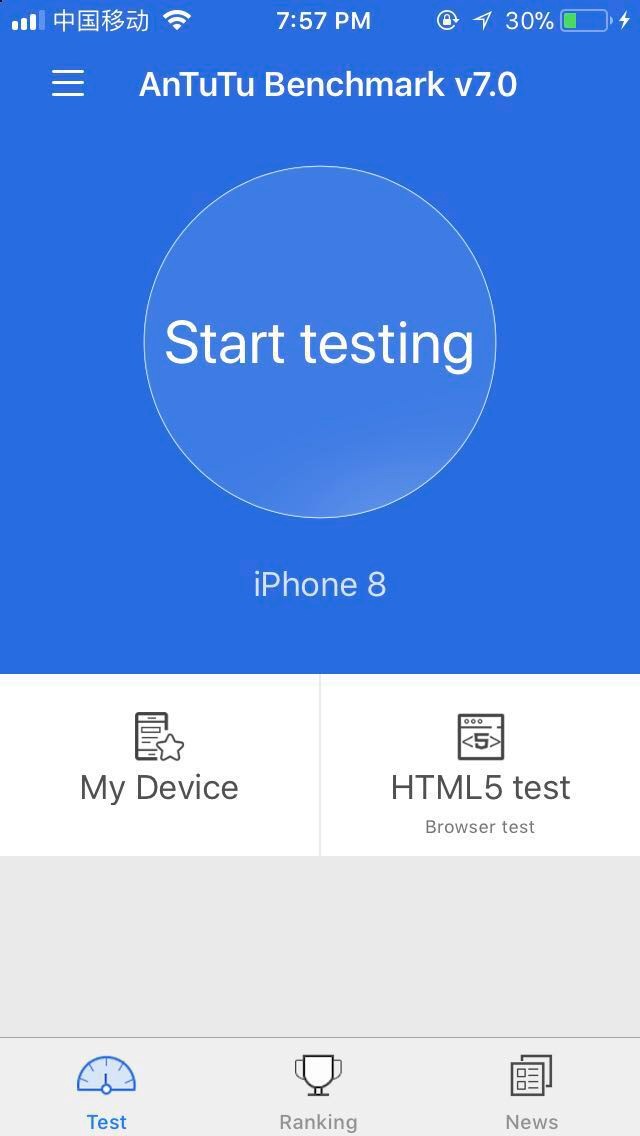 The test page is optimized and divided into two parts. The upper part of the home page, or the test page uses blue as background color while the overall score is displayed with large white font which makes the benchmark result more intuitive.

Device Verification: this feature is still under development and will be available to users soon.

My Device: this feature allows users to check the hardware configuration of their devices.

Device Information Search: this feature allows users to check the model and serial number of their devices. It is also under development and will be available to users soon.

HTML5 Test: this test allows users to compare the performance of different browsers on the same device as well as comparing different device performance when using the same browser by running JavaScript, Layout, CSS, SVG and Canvas games.

In the new version, the old info page is replaced by the News page. On top of the page is a section to roll display the focus pictures of the latest ranking reports which allows users to easily learn about the latest Antutu ranking reports by clicking the pictures. 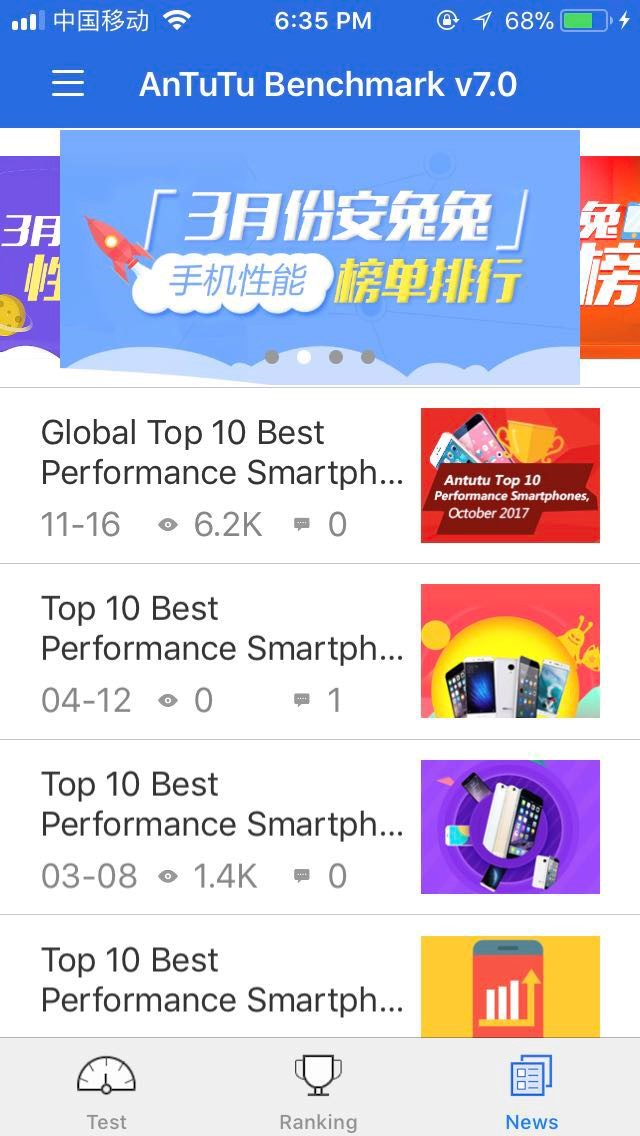 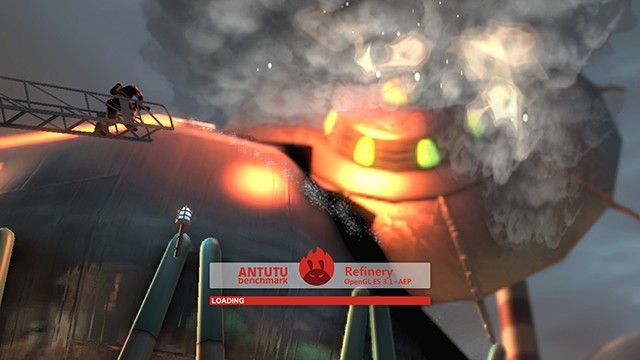 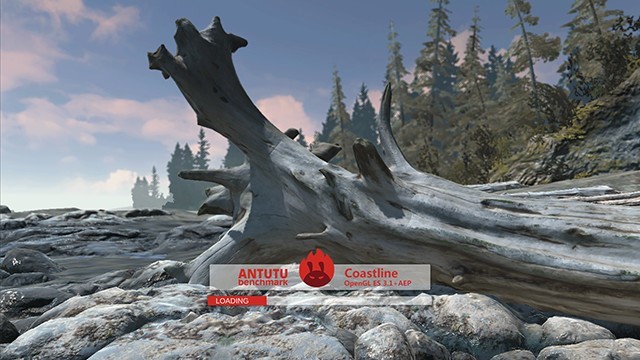 It should be noted that since Refinery test uses tessellation technology, only Apple devices with A9 and above processor could run the test. For devices not supporting Refinery test, Antutu retains the classic Marooned test of the precious version, which we believe is very familiar with Antutu users.

In particular, iPhone 6 powered by A8 processor and older Apple devices could not support the new 3D test. iPhone SE(A9), iPhone 6s/6s Plus (A9) are no affected.

About tessellation: this technology uses GPU hardware acceleration to break down the triangles of 3D models into finer pieces, making the surface and edge of the objects rendered smoother with enhanced details.

Scroll delay test measures the scrolling fluency of a device by modelling real-world scrolling scene and performing scrolling up and down tasks. 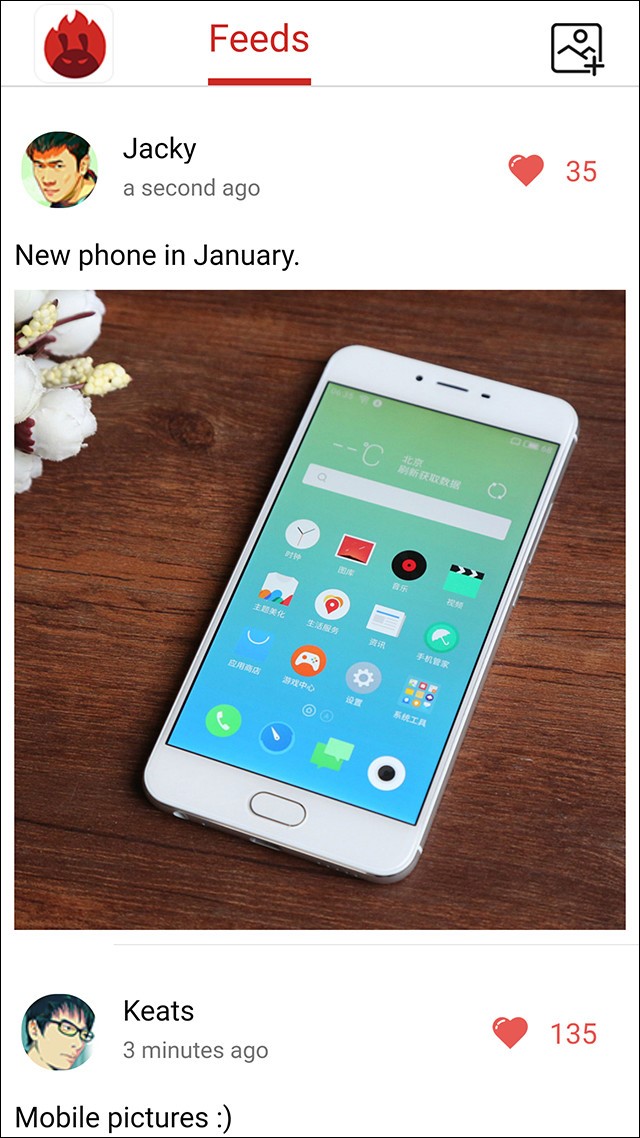 Scanning QR codes has become one of the most common use cases for mobile users, therefore we included QR code recognition test in v7, making the benchmark results more practical. 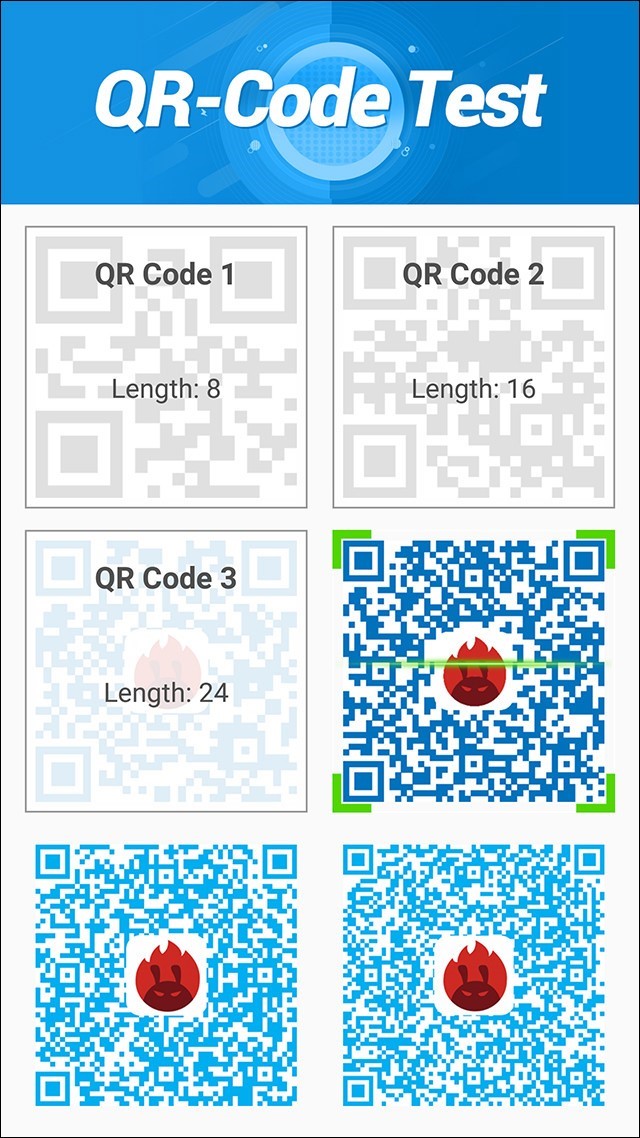 Having learned about all the new features of the iOS version of v7, you might be eager to try the new version and find out more surprises by yourself. The v7 iOS version is now available for download on App Store and Antutu official website.

It should also be noted that with new benchmark tests added to Antutu v7, and benchmarking process and scoring mechanism changed, some devices expect to see run to run score variation due to thermal throttling. In this case, we advise users to try more times to get more accurate benchmark results.