Exynos 990 vs Snapdragon 865 performance comparison: which one is better?

Samsung's dual SoC strategy remains in place for the Galaxy S20 series, with some variants of the series powered by Qualcomm's Snapdragon 865 SoC while others by its own Exynos 990 SoC.

The benchmark scores selected for both models are the average scores of them during the past month, not the highest scores. 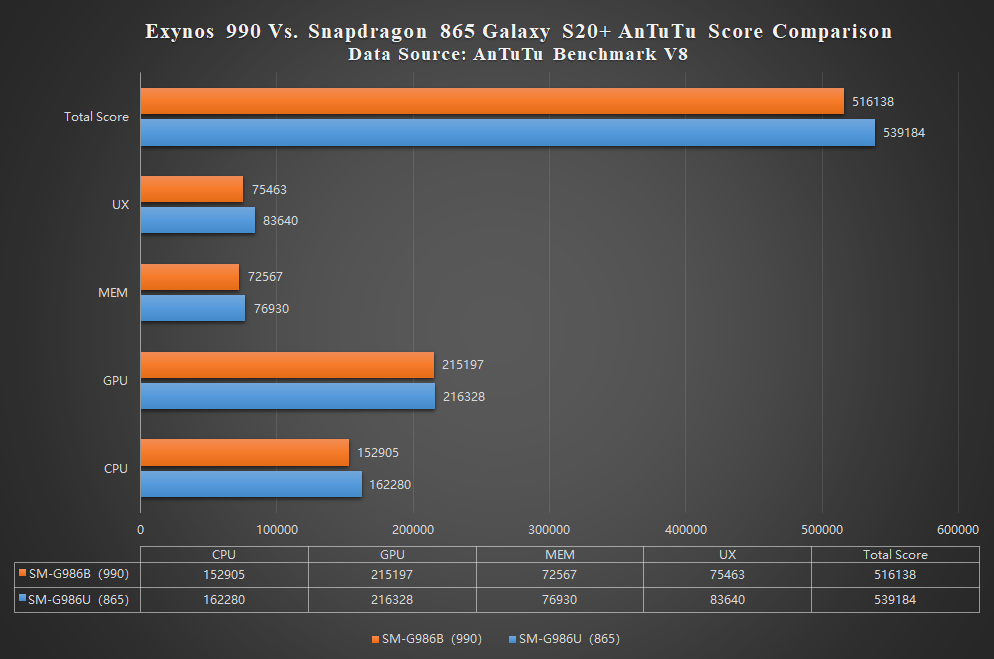 Comparing CPU and GPU performance alone, the gap between the Exynos 990 and Snapdragon 865 platforms is not significant, but there is a gap between the two in UX and MEM tests that are affected by the system.

With the same 120Hz refresh rate support and the same storage combination of 12GB of RAM and 128GB of storage, the UX and MEM performance of the Exynos 990 lags behind that of the Snapdragon 865 variant.

Of course, all of this can be addressed by system updates, and in the future the performance of the two versions of the Galaxy S20 series will theoretically be closer once the firmware (especially that of the Exynos 990 version) is stabilized.