Today it’s time for Antutu to reveal our list of the global Top 10 best performing iOS devices for January 2019. What are the most powerful iOS devices on the market right now? Check out our most updated top 10 iOS list as measured by the average Antutu score. 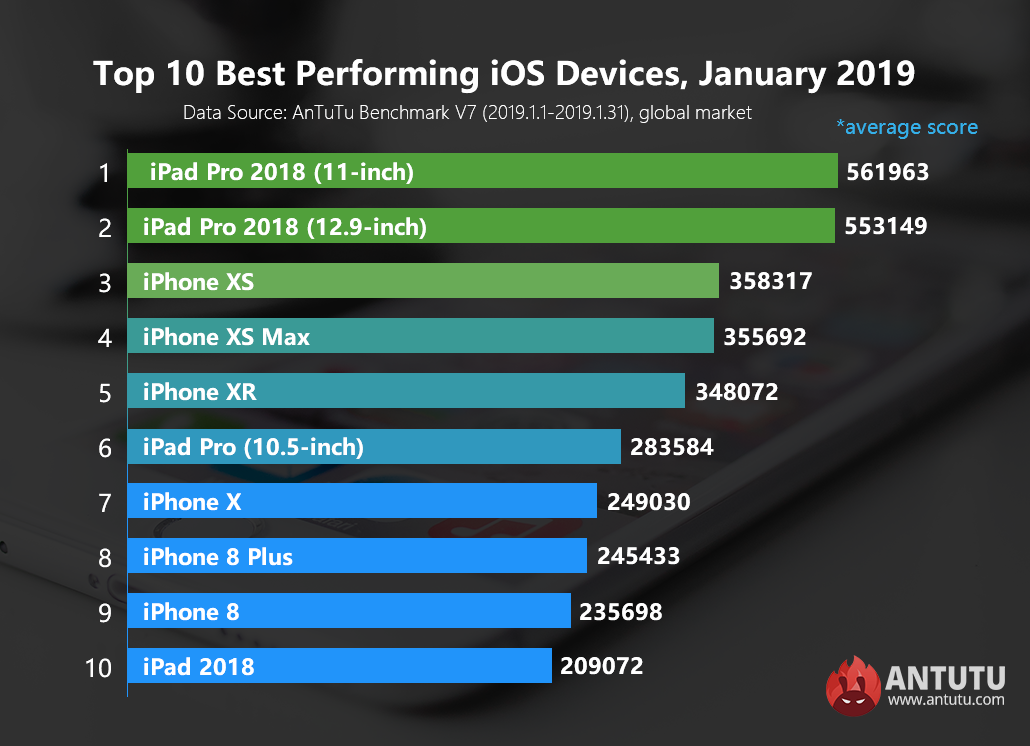 The next three positions are filled by the Apple A12 powered iPhone XS, iPhone XS Max and iPhone XR, with an average Antutu score of 358,317, 355,692 and 348,072 respectively. In particular, both iPhone XS and iPhone XS Max have 4GB of RAM, allowing them to deliver better performance than iPhone XR which has only 3GB of RAM.

The above is the performance ranking of iOS devices for January 2019, which is likely to remain stable in the coming months. However, it is rumored that Apple will launch new iPad in the Spring, which will bring changes to the iOS list then. For more information about the ranking list, please visit Antutu official website or download AnTuTu Benchmark and check in the menu of “Ranking”.