Today Antutu reveals our list of the global Top 10 best performing iOS Devices for December 2018. How Antutu December ranking has changed for iOS devices? Come and check with us. 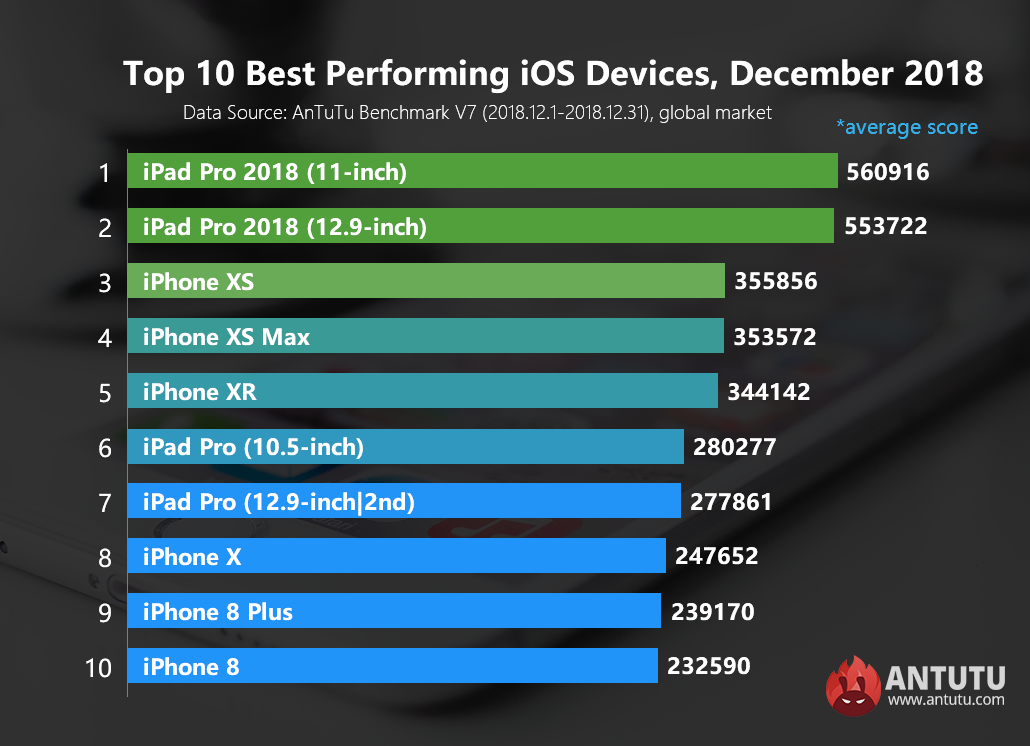 The above chart is the December ranking for iOS devices as measured by the average Antutu score, from which we can see that in general, the ranking of iOS devices is stable compared to that of November since there are no new iOS models announced recently.

Specifically, the 11-inch iPad Pro 2018 and 12.9-inch iPad Pro 2018 occupy the top two positions for the second consecutive month with an average Antutu score of 560,916 and 553,722 respectively. The powerful performance of A12X is brought into full play in the two new iPad Pros.

In general, even though there are some fluctuations in the average scores of the iOS devices entering this month’s Top 10, the overall ranking order remains unchanged compared to our previous results in November, and it is likely to remain the same for a lone time until the arrival of the new generation of iPhone products.

The above data reflects the changes of the performance of iOS devices for December 2018. For more information about the ranking list, please visit Antutu official website or download AnTuTu Benchmark and check in the menu of “Ranking”.