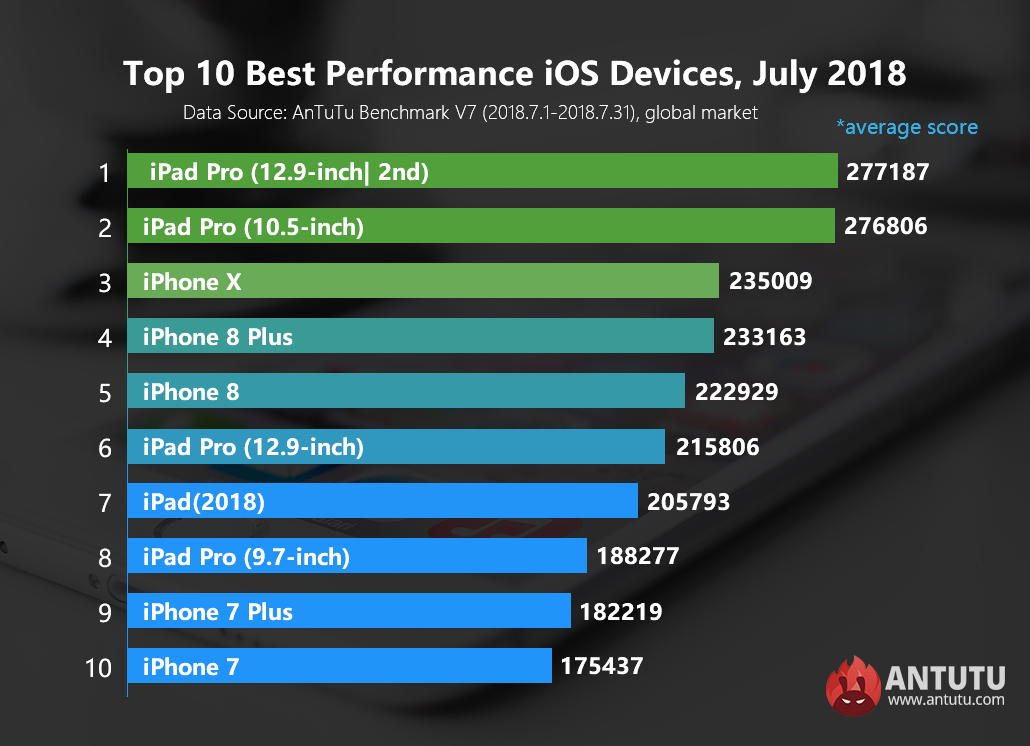 In general, the Top 10 performance iOS devices on this month’s ranking list covered all the iOS devices (A10 and A11 series) released in recent two years. Meanwhile, with excellent GPU performance, the two A9X-powered iOS devices also entered the Top 10, and even outperformed some A10-powered devices.

We hope that the new generation of iPhone devices to be released in September will bring some surprises for us in terms of performance, and in turn add some changes to the ranking list.