The first half of 2018 has seen quite a few releases in the global smartphone market, as all the major handset makers released their flagships. All these models come with eye-catching hardware configuration and strong performance. If you are wondering which of these models is the best performer right now, check out our most updated list of Top 10 best performance Android Phones for June 2018. 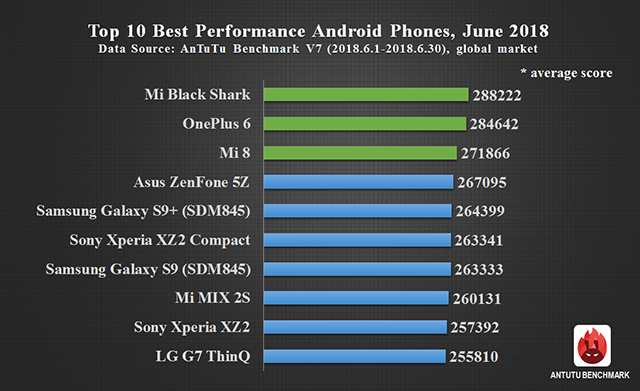 Mi 8 and Asus ZenFone 5Z made the list for the first time, ranking fourth and fifth respectively. Both of the two models are powered by Qualcomm Snapdragon 845 processor.

In addition, since the OPPO Find X is not available on the market yet, the number of its scores reported to Antutu database didn’t reach our statistical requirement, therefore it is not present on the above list.