With more and more Snapdragon 845-powered smartphones emerged on the market, how has Antutu performance ranking list changed in April? Today Antutu reveals our benchmark results for the global 10 best performance Android phones of April. Is your phone on the list? Come and check with us. 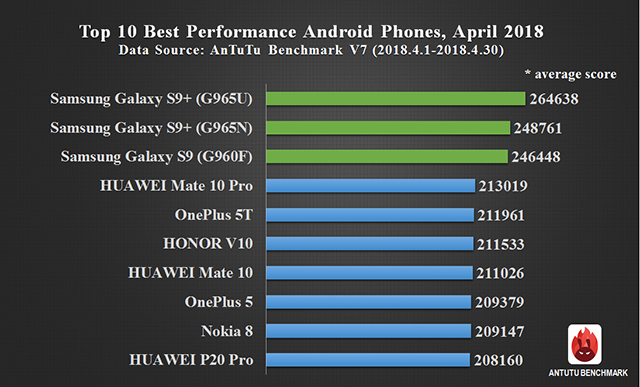 Since OnePlus 6 was released in May, it didn’t appear on the list. For more information about the ranking list, please visit Antutu official website or download AnTuTu Benchmark and check in the menu of “Ranking”.