Antutu Benchmark v7 has been released for some time now. Compared to v6, Antutu v7 has achieved all-around optimization and overhaul. After collecting benchmark results of v7 for one month, today Antutu reveals our first ranking list of the top 10 best performance Android phones based on v7 scores. Is your phone on the list? Come and check with us. 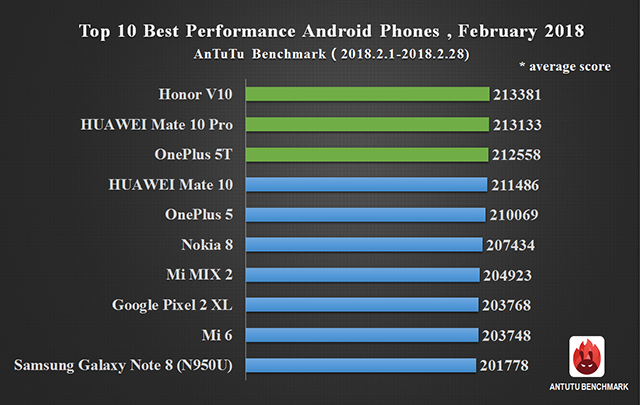 In particular, Honor V10 and HUAWEI Mate 10 Pro are both powered by Kirin 970 processor. The Kirin 970 processor is built on a 10nm process. It is an octa-core processor (4 x A73 + 4 x A53), with Mali-G72 MP12 GPU, and it incorporates NPU (Neural Network Processing Unit) for running machine learning tasks. It is more powerful than its predecessor Kirin 960 in performance. 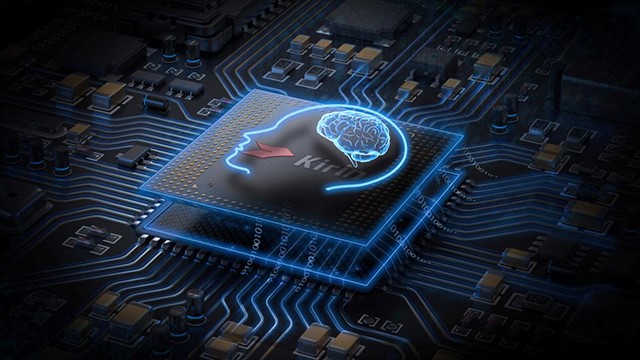 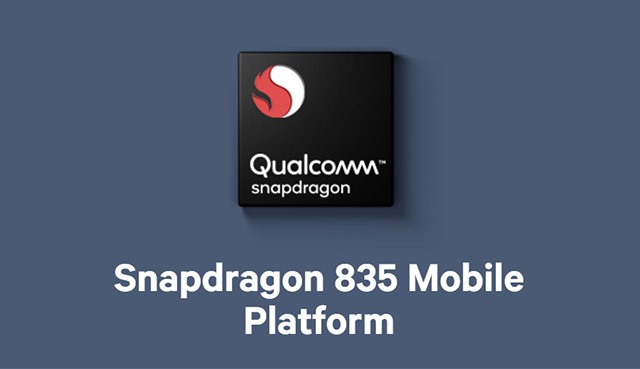 Other high-performance smartphones in February that break into the top 10 positions also include Nokia 8, Mi MIX 2, Google Pixel 2 XL, Mi 6 and Samsung Galaxy Note 8 (N950U). There models are all powered by Snapdragon 835 mobile platform and all achieve an average Antutu score of over 200,000.

Since Snapdragon 845 and Samsung Exynos 9810 powered smartphones were not available in the market in February yet, you could not find them on the above list, but they are expected to appear on top positions in future rankings.

The above data reflects smartphone performance for February 2018. For more information about the ranking list, please visit Antutu official website or download AnTuTu Benchmark and check in the menu of “Ranking”.