Antutu just released the top 10 best performance smartphones ranking of the third quarter, 2014. It is a bit late but it still reflects the trends of mobile industry.

The guidelines of the statistics: at least 160 countries from the same model and if the same model has different processor (like Samsung Galaxy Note 3, which has different versions and chipsets) we count the highest performing processor. To make the report more accurate, Antutu has removed the false entries,taking the device into the the comparison if the information amount submitted by users of one model is over 500. Let’s check out the Top 10 performers from July to September. 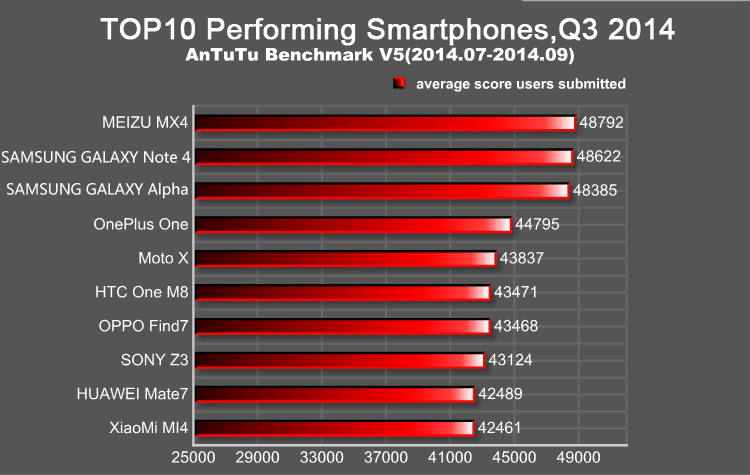 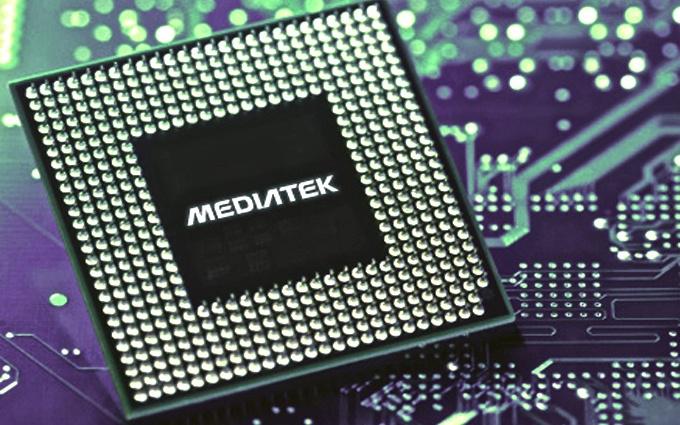 Compared with the second quarter ranking Antutu released, the third quarter’s has some changes which could not be ignored.Meizu MX4 has been a black horse since it released in October. Within one month, equipped by the MTKMT6595 processor,it became one of the most popular smartphones with high Antutu testing score. In Antutu ranking, the devices equipped Qualcomm chips still took most seats of TOP 10. From Samsung Galaxy Alpha(G850S) which in the third place to the eighth one SONY Z3 compact(D5803)are all adopted Qualcomm chipsets. Moto has been out of ranking for quite a long time. And this time, it came back, with its nice hardware configuration.

The past quarter has seen the rise of China smartphone manufactures. One Plus one has been one of the hot topic in many geek’s forums or tech review sites. After Xiaomi, another China manufactures got much attention in this field.

2014 will end its journey soon and it is a very important year for the development of smartphone industry. We kissed goodbye some old friends and welcome new friends this year.We will see who is the biggest winner in 2014, soon, in Antutu ranking report of 2014.