Antutu released series reports of the most popular smart phones last quarter,2014. Large amount of new devices entered into market in April and the ranking of Antutu also has some change. Antutu database has received 10635159 scores device score information in second quarter, 5698587 from mainland China and others from all over the world, with valid statistics in 155 countries. Let’s see the overall trending of popular smartphone in some main countries and areas outside China first. 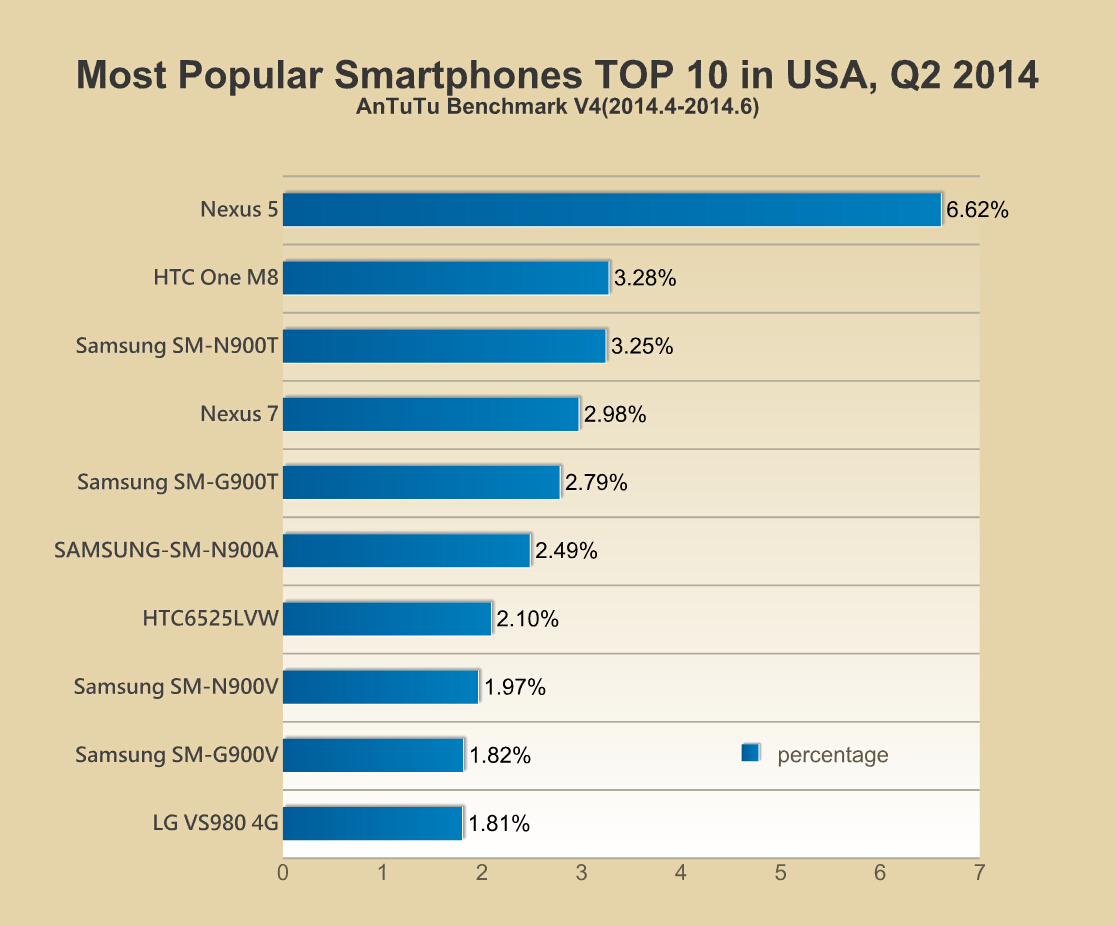 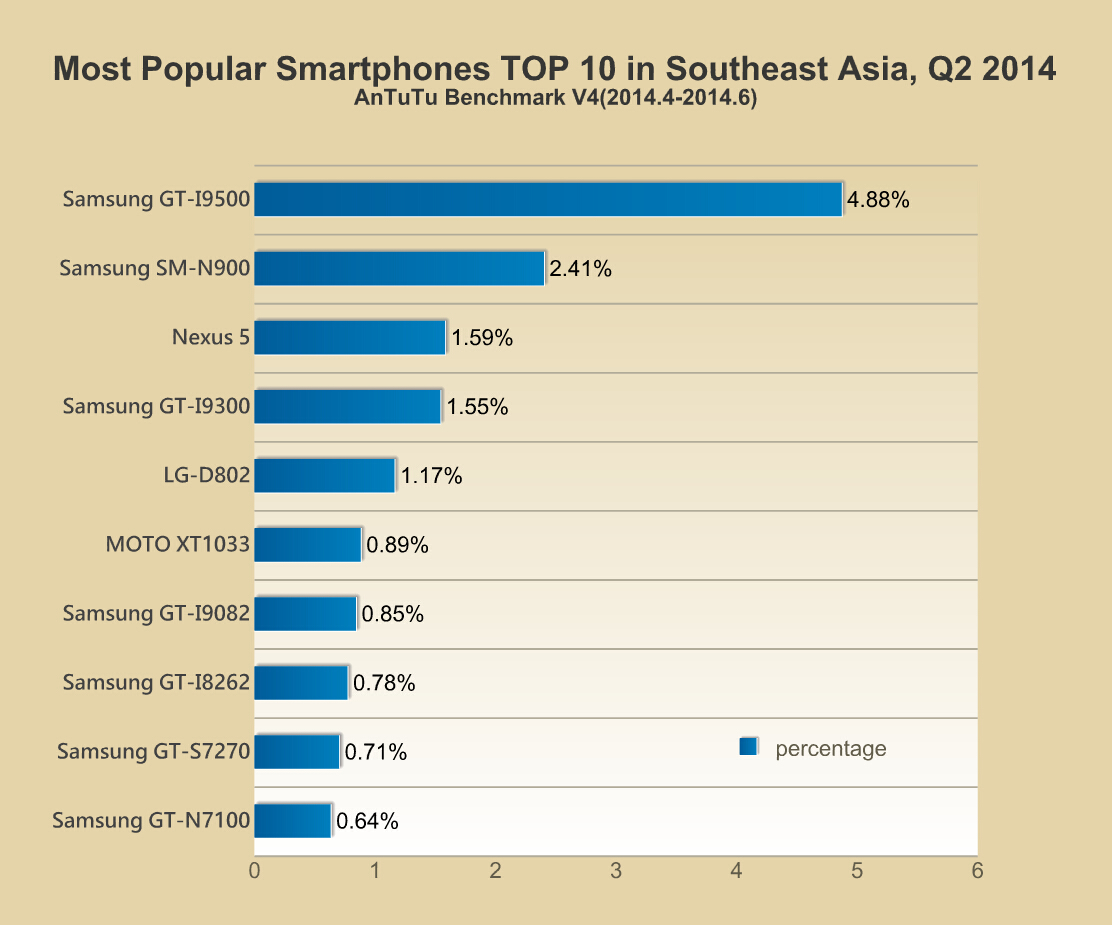 Users in Southeast Asia have more favorably on performance testing. We can see from the list, they prefer Samsung devices, which covered 7 in 10. We also find MOTO XT1033 in the list, although Moto is disappearing in the mobile market. 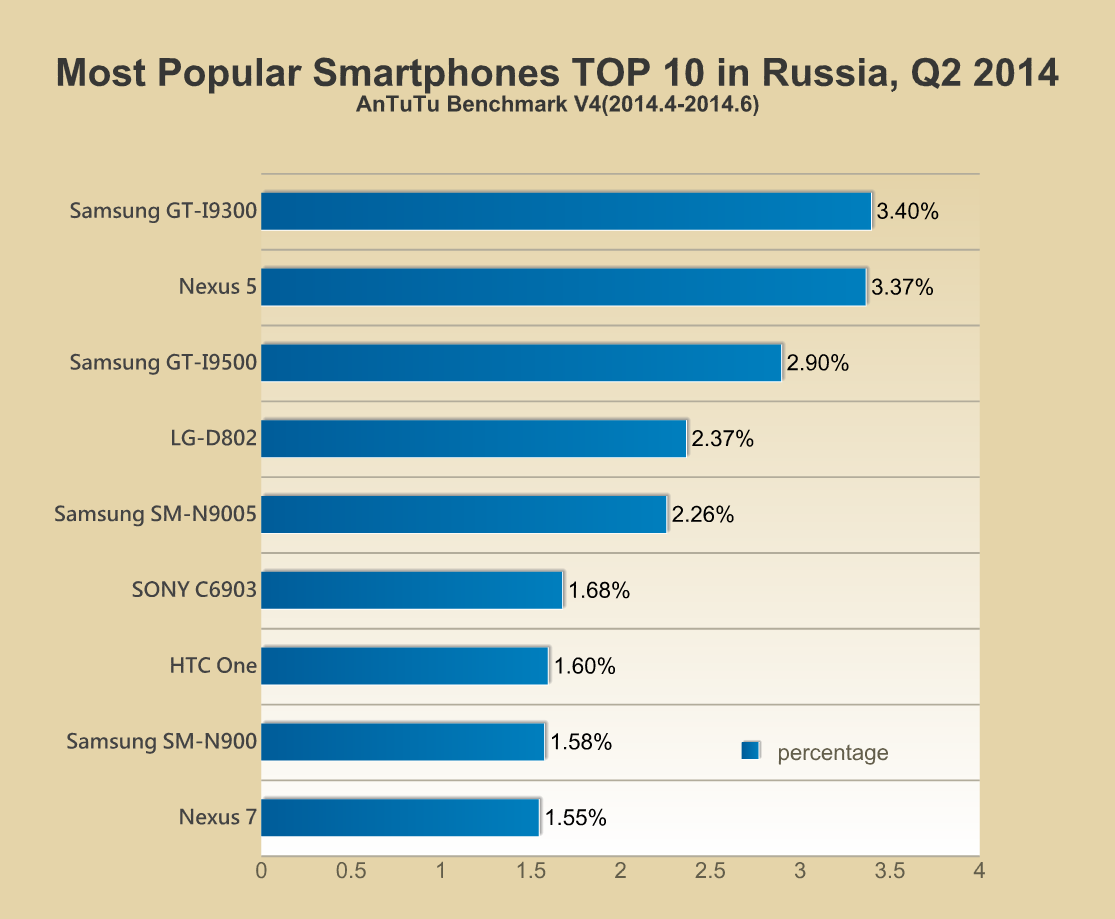 Korea market has some changes for new devices run into the top 10. It is surprised to see Nexus 7 ranked into top 10 after Samsung,LG and Pantech.

In general,Samsung, LG, Gooogle are still three giants in the smartphone market outside China. HTC one M8 brought some market share for HTC, which might be noticeable.